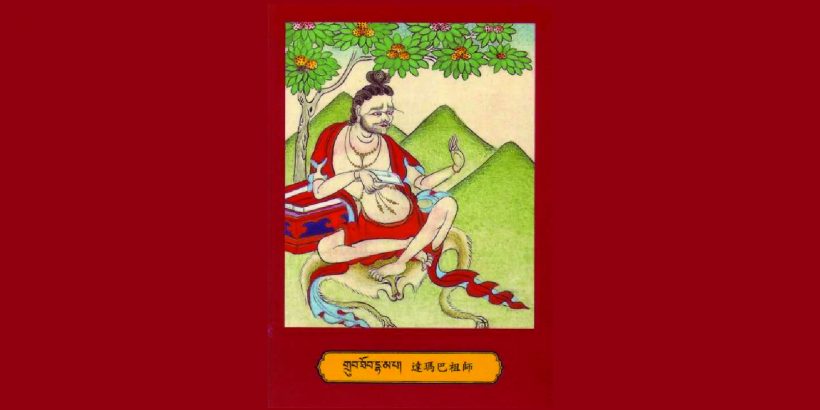 Mahasiddha Dhamapa – “The Man of Dharma”

Dharmapa means ‘the Man Who Has the Wisdom Gained by Study’. In Vikramasura, there lived a Brahman who studied diligently but was without the wisdom of critical reflection or meditation.

One day, he met a yogin who said he must have much Dharma in his mind since so much studying had been done. However, he replied that he was not able to practice what he had learned and begged the yogin to teach him a way to retain what he learned.

There and then, the yogin gave him the initiation which transfers spiritual power. He then gave him instructions on how to integrate the many themes of the Dharma.

As Dharmapa listened to the instructions the yogin gave, he understood what it all signified. As he realized the unified wholeness of the many doctrines he had heard, he obtained the siddhi of Mahamudra. When his time came, he went to the realm of the Dakas in this very body.

Nguyên tác: Masters of mahamudra of the 84 buddhist siddhas